An art installation made of one million bones is scheduled to be displayed at the National Mall in June; the goal is to make a minute but powerful representation of the people who have suffered from mass genocides and atrocities across the globe. 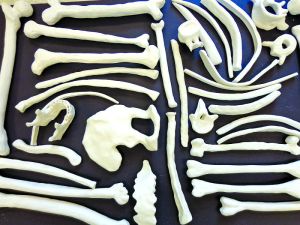 The One Million Bones project demonstrates the strength of art as a social call to action against injustices.

Residents of central Nebraska were invited to participate in the project on April 6 at the Museum of Nebraska Art by molding bones themselves.

To learn more about the project, visit the project’s website. Read the full article here.

George Washington University’s school newspaper, The Hatchet, responded to student disappointment over the University’s celebrity pick to speak at Commencement, in a staff editorial on Monday.

The university announced last week that actress and alumna Kerry Washington would headline the Commencement ceremony at the National Mall in May, but students were, reportedly, less than thrilled.

“After working so hard and paying thousands of dollars to go to one of the best schools in the country this is the best you can do[?] This is who is meant to inspire me after years of hard work, [I’m] so disappointed GW. Thanks for showing you[r] lack of faith and respect in the class of 2013” a student wrote on The Hatchet’s online report of the announcement.

The editorial staff for The Hatchet responded to student frustrations yesterday, claiming the University’s decision on Washington shows the importance of the school’s art program.

“At a school that prides itself on political science, international affairs and journalism programs, and that has poured millions of dollars into a new Science and Engineering Hall, the arts and humanities programs often go overlooked. But the decision to invite Washington is an indication of the University’s commitment to these programs.”

As a member of the local D.C. community, it is great to see an emphasis, however slight, put on educational art programs, especially at a university with the prestige that George Washington holds.